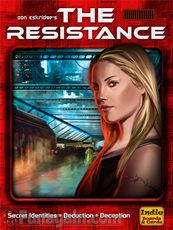 Rules of The Resistance

And finally, the last, but most important rule of all:

Additionally, there are two rule variants:

The following outlines the list of site rules and associated punishments for ProAvalon. All rules are subject to one warning and then increasing ban lengths based on the amount of repeats (unless otherwise stated). Ban lengths begin at one day but can be increased based on the severity of the offence completed.

Language rules include use of banned words/phrases, threats, or attacks on other players deemed by the moderators to be excessive. These rules extend to bios, forum posts and usernames.

Gamethrowing rules refer to game actions completed against the player’s own team on purpose with ill intent.

1. Repicking already failed teams as resistance and approving, or approving already failed teams that are picked by other players.
2. As resistance, rejecting hammer into a loss or when the team can be clean from your perspective.
3. As resistance, rejecting to a hammer who is confirmed spy from your perspective in a critical mission.
4. Any situation where it is beyond reasonable doubt that a player has intentionally played to lose the game.

1. Playing suboptimally unintentionally.
2. Ignoring the usual meta.
3. Playing in a specific way as one role.

Unfair influencing is defined as the use of methods that are deemed unfair or unsporting in order to gain an advantage over opponents or influence players in a game.

1. Threatening to kick or ‘blacklist’ players in future.
2. Threatening to call moderators on players who are not breaking rules.
3. Threatening rage quits.
4. Leaving games and returning to show emotion or improve an argument.
5. Threatening to reveal your role card or power role information (through screenshots or other methods).
6. No pasting of relevant game-related text from the server.
7. Intentionally playing suboptimally to spite another player.
8. Intentionally holding biases toward specific players.
9. Having personal metas and claiming them (“I only off app as res”, “I only tell the truth”).

Spectator influencing (specfluencing) rules refer to the use of spectator chat or external methods in order to influence players in ongoing games or provide some sort of advantage to either team.

Cheating rules refer to obtaining information outside the game with the express purpose of gaining an unfair advantage over others. No warnings.

Stalling is defined as waiting on a pick or vote when you don’t have the required votes in order to push your pick through. If 50% or more of the players in the game have stated that your pick will be rejected or have asked you to move on, you cannot hold the pick or vote for longer than a 2 minute convincing period.

7. AFK (Away From Keyboard)

AFK rules refer to dealing with players that abandon games before they have completed necessary actions for their team. A player is deemed to be breaking AFK rules if they haven’t completed an action within 5 minutes without stated agreement from other players in the game. Other players are allowed to leave a game without punishment after the 5 minute AFK timer has been reached. Punishments will be administered based on whether the abandon was intentional or unintentional.

Inappropriate content rules refer to anything that goes beyond the scope of the site and is unwanted from either party. Warning subject to intensity.

Doxxing rules refer to those that protect player information.